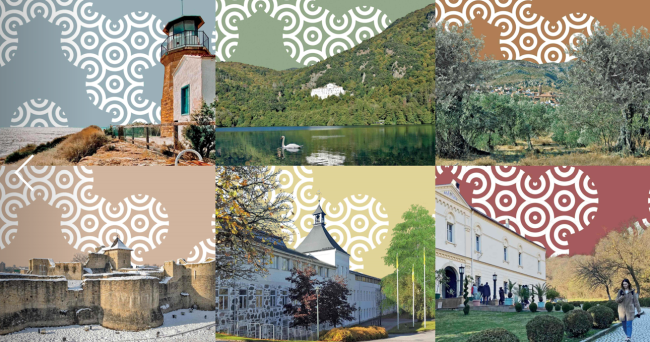 Aragon’s cultural parks are at the crossroads of natural and cultural heritage. Many of them are designated UNESCO World Heritage Sites. In Be.CULTOUR, they are in-focus as a way to facilitate the region’s socio-economic development through sustainable tourism.

Much of Basilicata’s cultural tourism is concentrated in the city of Matera, however, its rural areas have plenty of natural heritage to offer. The region has a knack for innovation and there is experimentation with the augmented reality of archaeological sites.

Larnaca has a legacy of hundreds of years of diverse civilizations and cultures that have left their mark on its villages and rural areas. Much of these areas remain as hidden treasures, in comparison to the over-exploited sea-side tourist attractions.

The tourism sector is fast growing in the Västra Götaland region due to increased desire for outdoor recreation and accessibility from major urban centres. The region’s industrial heritage in mills and textiles presents an opportunity to draw in new life and culture - to the benefit of tourists and residents alike.

Municipalities within the Vojvodina region have a high potential for cultural tourism considering their diversity of cultural, religious, and natural heritage. This includes fortresses, monasteries, Turkish baths, and intangible heritage related to wine and gastronomy.

The cross-border region of Northeast Romania and Moldova has shared history, languages, cultures, and traditions. With Be.Cultour, the region is focusing on the emerging Route of Stephen the Great, which stretches between the countries and symbolises this connection.

These are Be.CULTOUR’s Pilot Heritage Sites. They each have their own stories, cultural gems, and wider development challenges, yet they are all united under the idea that circular cultural tourism can make use of the former in order to tackle the latter. Each region is engaging its local stakeholders in an exciting series of in-person and online workshops to develop bottom-up action plans for sustainable, human-centred tourism. Read more about their first round of workshops later in this newsletter